In a win for the call centre members, the CPSU claim victory in their negotiations with the Department of Human Services with an agreement to delay any call centre outsourcing for at least four weeks.

According to Government News, the Community and Public Sector Union (CPSU) says it has extracted a commitment from the Department of Human Services for a four-week halt to what the union claims is a push to outsource government call centre work to Telstra.

In a bulletin to members, the CPSU said it had secured an agreement from DHS that the giant department will take “no further steps to outsource services or work to third party providers” for the next four weeks following a second round of talks over the dispute at the Fair Work Commission.

The union has been ardently opposing any co-location of Telstra staff within DHS call centres, fearing it is the start of an attempt to send government jobs across the private sector.

However, telecommunications industry sources have indicated that Telstra’s work at DHS is more likely to be about coaching staff how to steer Centrelink and Medicare’s phone customers to much cheaper online or automated channels that avoid the use of human agents in contact centres.

Should that be the case, its probable a shrinking inbound workload would ultimately require fewer DHS call centre positions for inbound work, thus allowing the department to either redeploy staff to other areas or potentially up the rotation of ‘customer-facing’ staff across areas.

Telstra has already aggressively pursued the widespread automation of its own customer service front ends, including the use of natural speech recognition, to cut costs and speed up workflow and Chief Executive David Thodey this year predicted the carrier might not have any call (human staffed) centres in just five years.

However, the CPSU is not relenting in its campaign to maintain grassroots community and workplace pressure to stop outsourcing, telling its members it had secured an agreement for DHS to “provide all relevant documentation and information on what the department’s needs are behind the proposal to contract services out to private companies.”

The union also says DHS has agreed to meet CPSU representatives to talk about alternatives “to contracting out services and work currently done by DHS staff.”

He said that because “there has been no decision made on the proposed partnership with Telstra and implementation has not commenced” there is not actually anything to stop.

“The proposal, if implemented, would not result in a loss of jobs and no work or customer information would be sent offshore,” he added.

Be that as it may, few doubt there is a strong desire on both sides of politics to increase automation and the percentage of online to manual transactions for government to bring efficiency and user experiences into line with the private sector.

But not everything has gone to plan.

Over the past year the collective patience of the public, Centrelink’s call centre staff and Treasurer Joe Hockey have all been sorely tested because of what the Treasurer has said is strain on the Department’s ageing computer system, an issue that explodes on talkback radio.

Rather unfortunately dubbed ‘ISIS’ (or Income Support Integrated System), the mainframe workhorse based on the Model 204 system first which deployed in the early 1980s has been flagged for a refresh estimated to cost “billions” by Mr Hockey.

However, it is known that sections of DHS are highly averse to allowing risks surrounding any transition to a new transactional system to be compounded by the loss of internal call centre capability in the event things don’t go entirely to plan.

Switchboards at DHS and other government agencies are routinely hammered when computer systems malfunction as clients try to find another way of getting the services or money they rely on.

At the same time, DHS call centres have for more than a decade been the backbone of emergency hotlines – which can be deployed almost immediately for everything ranging from natural disasters like bushfires and floods to overseas incidents involving Australians.

Search a list of all the upcoming industry conferences, training courses, site tours and more on our Industry Events Calendar >>>

This 3-day course is designed to teach you the foundations of good Workforce Management principles (WFM), and how to implement them in your own business. 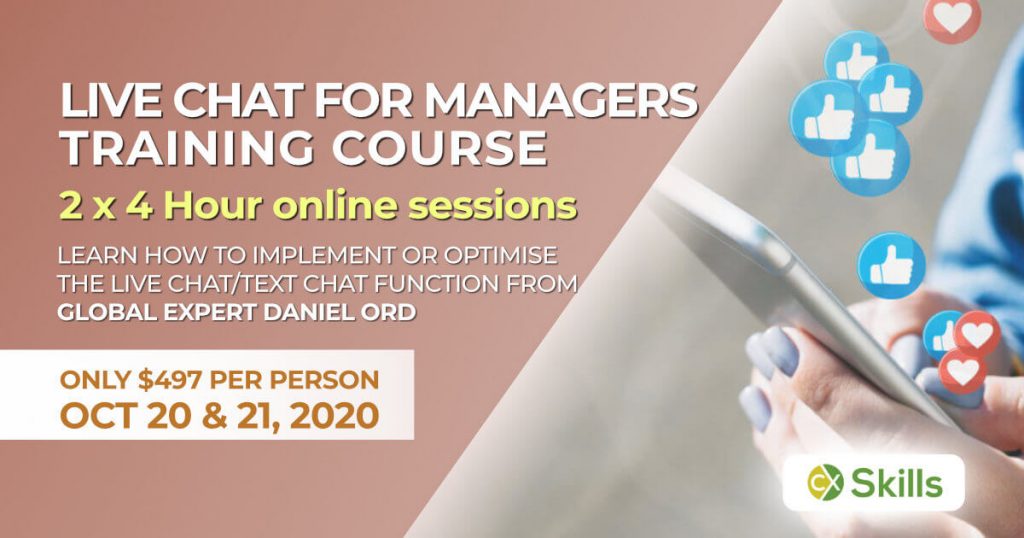 Live chat & text chat is becoming increasingly popular as a customer channel yet managing that function requires a range of skills that are hard to come by. Service Levels, Wait Times, Knowledge Bases, Routing, Integration and Reporting and so on are just some of the factors that need to be considered so whether you are just commencing your Live chat journey or you need to apply some global-best practice skills to fine-tune your operations this course is for you.

Are you considering outsourcing for your contact centre or back-office operations? In this FREE live webinar, you will learn about the 7 critical factors you must know in order to avoid common mistakes and make informed decisions. This webinar is hosted by outsourcing and CX expert Derick Lafleur.