Cracks start to appear in the Service NSW model

In all honesty, I’ve heard nothing but positives on the call centre component of service NSW however to be fair I don’t live in NSW and have never used the service. Kirsty Needham, State Politics Editor from the Sun-Herald has shared her views below. Be interesting to hear your experiences.

It was trumpeted as a key commitment, putting customer service at the heart of government.

A red velvet curtain parted, and the first Service NSW shop was unveiled in 2013.

“There is no reason why people should not expect the same high level of service from government as they receive from their favourite retailer, airline or financial institution,” said then-premier Barry O’Farrell.

Because as the average bank, airline or disgruntled retail customer well knows, servicing customers increasingly means automated digital processing. On the other end of the smartphone app, no one can hear you scream.

Acting NSW Auditor-General Tony Whitfield has criticised Service NSW, the promised “one-stop-shop” that would replace all government agency shopfronts, for overestimating and under-delivering. 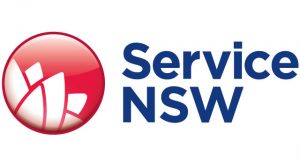 The Auditor-General’s report argues there is no proof of any benefit from the almost $1 billion allocated to the project.

Agencies have complained that Service NSW is giving out incorrect information to customers, and had even accepted licence applications without proof of identity. Two of three call centres aren’t meeting grade of service targets.

Government services to regional NSW have reduced, which is “a significant change” from the business case, which was supposed to increase citizen access, his report said.

But the business case for Service NSW was quietly changed in April 2014, to instead focus on digital transactions, because they are cheaper than branches or call centres, the report found.

Service NSW centres are being reconfigured to encourage “self-service” on the internet.

The Minister for Financial Services Dominic Perrottet gets quarterly updates from Service NSW on “cutting red tape” and making smart device apps. But the Auditor-General was unhappy no one is monitoring customer satisfaction with digital services.

And a business case projection of 33.5 million transactions at Service NSW centres by June 2015 fell massively short – there were just 4.95 million.

So where did the customers go?

Petitions signed by 22,000 people in the electorates of Lake Macquarie and Swansea, protesting against the closure of local motor registries, were debated this week.

Independent Lake Macquarie MP Greg Piper said the round trip to the nearest Service NSW centre now took six hours on public transport. He joked it would be more efficient for people to “save up and get their birth, marriage and death certificates at the same time as they renew their driver licence”.

Labor MP for Swansea Yasmin Catley said there was no direct public transport from her electorate.

Mr Perrottet replied it wasn’t “efficient” to have service centres across the state.

“What customers want – when they randomly, on that odd occasion, have to interact and transact with the NSW government – is a very efficient and streamlined system … We have one website, we have one phone number and we have one app.”

That’s a far cry from customers are our business.