Why multitasking is not productive in the contact centre

In the 1990s I worked as a VP Operations of Call Centre & Distribution operations.

Customers would phone in or mail in their orders to us and we’d package them up and ship them out.

All in the days before e-commerce was even a term.

We’d fulfil everything from compact discs through to gardening tools and children’s toys.

One company I worked for in Los Angeles had a big Client base across the movie studios.

Before any big new movie was released, the studios would send promotional materials to movie theatres around the country.

That was our job.

We’d package and ship off things like posters, standees (those life-sized cut-outs and backdrops) and even one of a kind promotional items for VIP receptions and giveaways.

I remember for one particular movie about kids who became spies, we had a complete ‘spy briefcase’ with binoculars, a fingerprint dusting kit and a play-along game that matched the plot of the movie. 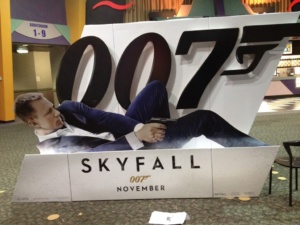 As you’d imagine, we had a very interesting warehouse!

But I remember Tom Cruise the best

In the 1990s Tom Cruise was everywhere.

And we handled his Fan Club mailings.

So when fans would write or call in and ask for Tom Cruise memorabilia, our warehouse crew would ‘pick and pack’ all the necessary items for the Fan Club kit and mail them out.

They all had to wear white gloves.

No fan ever wanted to receive an autographed Tom Cruise photo with a big oily smudge on it.

If that happened, believe me, our Customer Care Centre would hear about it. 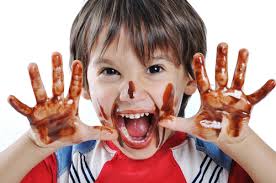 Distribution operations teach you a lot about productivity

I didn’t have a formal background in running Distribution Centres.

I credit some key mentors who guided me and taught me lessons about productivity.

And thanks to Tom Cruise I got better and better at it.

One of the first Fan Club projects I ever worked on was Tom Cruise.

So, my mentor, – another VP – showed me how to set up an efficient ‘pick and pack’ operation.

How to layout the items so that the right amount of time was invested in staging, packing and shipping each Fan Club kit.

We used stopwatches to track times and calculate staffing requirements.

A Distribution Centre version of Average Handling Time if you will. 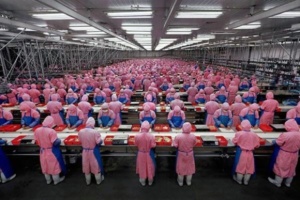 We would always package the first kits ourselves so that we could try out what worked (or didn’t).

There was no point bringing in our Team to do it – and charge them to be productive – if we hadn’t tried it ourselves.

That’s when my mentor said to me –

“Dan – it might seem obvious. But one of the keys to success here is to avoid touching the same thing twice. That’s a waste of time. So let’s arrange it this way…or that way…and make sure we remain as efficient as possible.”

Sometimes the most powerful lessons are the simplest.

And this one has stuck with me ever since.

Why Multitasking is not productive and kind of dumb

Today when I visit a Corporate office and I see someone’s mobile phone sitting out and open on the desk I shake my head.

There’s absolutely no way that person is going to be as productive as they could be.

The moment that phone buzzes they will move their hands away from what it was they were doing (reading email lets’ say) and touch the phone.

Then they’ll take their hands back to the keyboard.

Then back to the phone.

Back to the email.

The opposite of productivity.

What I learned in Distribution Centres applies to my work today.

Then on to the next thing.

Of course, some things have to be touched twice.

I have to talk to a Client or ask a Colleague.

No problem – set these things over here.

But I don’t touch the same thing twice if I don’t have to.

And that’s allowed me to be wonderfully productive.

So there you have it, that’s why I think multitasking is not productive – as per usual, always interested in your thoughts!

Join the leaders of the Australian Contact Centre industry for the Auscontact 2022 National Conference in Brisbane, QLD. New date!

We share 13 expert tips on how to engage call centre staff that involves more than just movie tickets and free fruit platters.